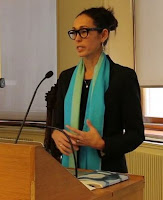 Amimoto Ingersoll, Karin, PhD, is an independent scholar, writer, and surfer based in Honolulu, Hawaii. She was born and raised on O’ahu, Hawai‘i. She received her BA from Brown University in history and international relations in 1996, her PhD from the University of Hawai‘i at Mānoa in indigenous politics in 2009, and was the recipient of the Hawai‘i-Mellon Postdoctoral Fellowship in 2010. She has published a short story entitled, “An Oceanic Nation,” in Indigenous Encounters: Exploring Relations Between People in the Pacific, her first book, Waves of Knowing: A Seascape Epistemology, by Duke University Press, and “Sea Ontologies” in The Post-Development Dictionary. Her book Waves of Knowing marks a critical turn away from land-based geographies to center the ocean as place. Developing the concept of seascape epistemology, Amimoto Ingersoll articulates an indigenous Hawaiian way of knowing founded on a sensorial, intellectual, and embodied literacy of the ocean. In relocating Hawaiian identity back to the waves, currents, winds, and clouds, Ingersoll presents a theoretical alternative to land-centric viewpoints that still dominate studies of place-making and indigenous epistemology.
Karin is the mother of two young boys, teaches summer school, and writes in her spare time.
[Abstract]
[Video lecture]

Ashcroft, Bill, PhD, is an Emeritus Professor in the School of English, Media and Performing Arts of the University of New South Wales in Sydney, Australia. A founding exponent of postcolonial theory, Ashcroft has co-authored The Empire Writes Back, the first text to examine systematically the field of postcolonial studies. He is the author and co-author of twenty one books, variously translated into five languages, Including Post-Colonial Transformation (Routledge 2001), Post-Colonial Futures (Continuum 2001); Caliban's Voice (Routledge 2008) Intimate Horizons (ATF 2009) and Utopianism in Postcolonial Literatures (Routledge 2016). He is the author of over 200 chapters and papers, and a member of the editorial boards of ten international journals. He has received many prizes and awards, including the Global Award of Academic Excellence, Australian Professorial Fellowship from the Australian Research Council, and the Distinguished researcher award from the University of Hong Kong. He is also a Fellow of the Australian Academy of the Humanities.
[Abstract]
[Video lecture]

Collett, Anne, PhD, is an Associate Professor in English Literatures at the University of Wollongong, Australia. She edited Kunapipi: Journal of Postcolonial Writing & Culture from 1999-2012 (issues from 1979-2012 are available at https://ro.uow.edu.au/kunapipi/). Anne Collett held the professorial chair in Australian Studies at the University of Tokyo (2011/12) and the University of Copenhagen (2014/15). She has written extensively on postcolonial poetry, including work on Caribbean poet, Olive Senior and Australian poet, Judith Wright. Recent publications include Tracking the Literature of Tropical Weather (edited with R McDougall & S Thomas, Palgrave Macmillan, 2017), Postcolonial Past & Present (edited with L Dale, Rodopi/Brill, 2018), Romantic Climates (edited with O Murphy, Palgrave Macmillan, 2019) and 100 Atmospheres (multi co-authored, Open Humanities Press, 2019).
[Abstract]
[Video lecture] 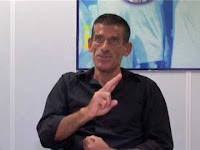 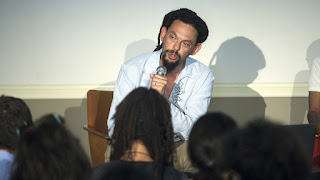 Shilliam, Robbie, PhD, researches the political and intellectual complicities of colonialism and race in global order. He is co-editor of the Rowman & Littlefield book series, Kilombo: International Relations and Colonial Question. He was co-founder of the Colonial/ Postcolonial/ Decolonial working group of the British International Studies Association and is a long-standing active member of the Global Development section of the International Studies Association. Over the past six years, Shilliam has co-curated with community intellectuals and elders a series of exhibitions – in Ethiopia, Jamaica and the UK – which have brought to light the histories and significance of the Rastafari movement for contemporary politics. Based on original, primary research in British imperial and postcolonial history, this work now enjoys an online presence as a teaching aid: www.rastafari-in-motion.org. Currently, Robbie Shilliam is working on three strands of inquiry: firstly, a re-reading of classical political economy through its intimate relationship to Atlantic slavery, with a bearing towards contemporary controversies regarding “social conservatism”; secondly, a retrieval of Ethiopianism as a critical orientation towards global order, especially in terms of its cultivation of a tradition of anti-colonial anti-fascism from the 1930s onwards; and thirdly, South-South anti-colonial connections, especially between peoples of the African Diaspora and indigenous movements.
[Abstract]
[Video lecture] 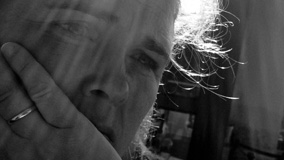 Storch, Anne, PhD, is based at the Institute of African Linguistics at the University of Cologne. Her principal research has focused on various languages of Nigeria and on Western Nilotic (Southern Sudan and Uganda). Her work combines contributions on cultural and social contexts of languages, the semiotics of linguistic practices, epistemologies and ontologies of colonial linguistics, as well as linguistic description. Storch has contributed to the analysis of registers and choices, language as social practice, ways of speaking and complex repertoires. She is presently interested in epistemic language, metalinguistics, noise and silence, as well as language use in complicated settings, such as tourism. From 2014 to 2016 she was the president of the International Association of Colonial and Postcolonial Linguistics. In 2017, Professor Anne Storch received a prestiguos "Gottfried Wilhelm Leibniz-Preis" research award from the German Research Foundation. She is the editor of the Mouth Journal.
[Abstract]
[Video lecture] 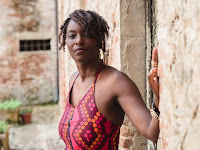 Author from Nairobi, Kenya, and self-described ‘wanderer’ Yvonne Adhiambo Owuor won the 2003 Caine Prize for African Writing for her short story, the "Weight of Whispers", which considers the travails of an aristocratic African refugee in Kenya. She is the author of the well-received Dust (Knopf 2014) and The Dragonfly Sea (2019). Her many other works have appeared in numerous publications worldwide including Granta magazine of new writing, and the Daughters of Africa anthology. She is, at present, a Wissenschaftskolleg zu Berlin Fellow where she is working on her next novel, The Long Decay (working title). 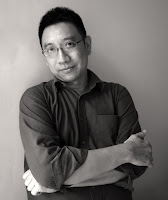 Alvin Pang (冯啟明; born 1972, Singapore) is a poet, writer, editor, anthologist and translator. He was Singapore’s Young Artist of the Year for Literature in 2005 and received the Singapore Youth Award for Arts and Culture in 2007, and the JCCI Foundation Education Award in 2008. His poems have been translated into over fifteen languages, and he has appeared in major festivals and publications worldwide, including the recent Penguin Book of the Prose Poem (Penguin, 2018).
He is among only a handful of poets from Singapore to be listed in the Oxford Companion to Modern Poetry in English (2nd Edition, 2013). His books include City of Rain (2003), What Gives Us Our Names (2011), Other Things and Other Poems (Croatia, 2012) and When the Barbarians Arrive, published in the UK in 2012. The volume What Happened: Poems 1997‐2017 (2017), surveys two decades of his poetry. 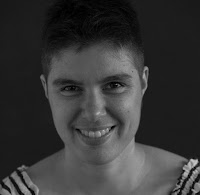 Ellen van Neerven is an award-winning Indigenous writer whose mother is from the Yugambeh people of eastern Australia, and father is Dutch. Born in Meanjin (so-called Brisbane) Ellen has written a multi-award winning fiction collection titled Heat and Light (UQP, 2014) and a poetry collection, Comfort Food (UQP, 2016). She currently teaches first-year poetry at RMIT. As a young writer in her late 20s, Ellen writes about the importance of looking after country (land, water, sea, animals) and learning from ancestors, as well as asserting a proud identity.
As an INPUTS Writer-in-Residence this semester, Ellen will teach a creative writing class at the University of Bremen over May and June 2019. In this creative writing class, participants will discuss how to read and write contemporary poetry, and look at the past and future to influence and sharpen their own creative practice.